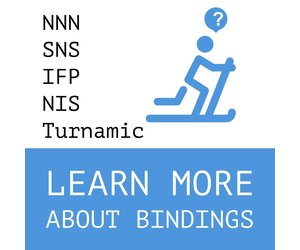 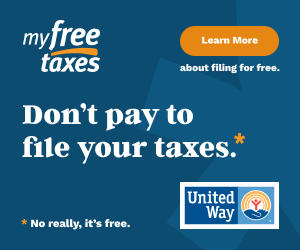 7 of Asia’s Most Promising Celebrities

The world of celeb news can be a bit difficult to navigate. Especially with the paparazzi and gossip magazines spreading so much lies, it can be hard to get to the truth. That is not at all what we want to do here at Mdream.

As we admire celebrities, we only publish facts and relatable stories. If you love entertainment and keeping updated with all the latest celebrity gossip and news, you’re in for a treat.

In this post, we take a look at some of the promising Asian celebrities that you should definitely keep your eye on. 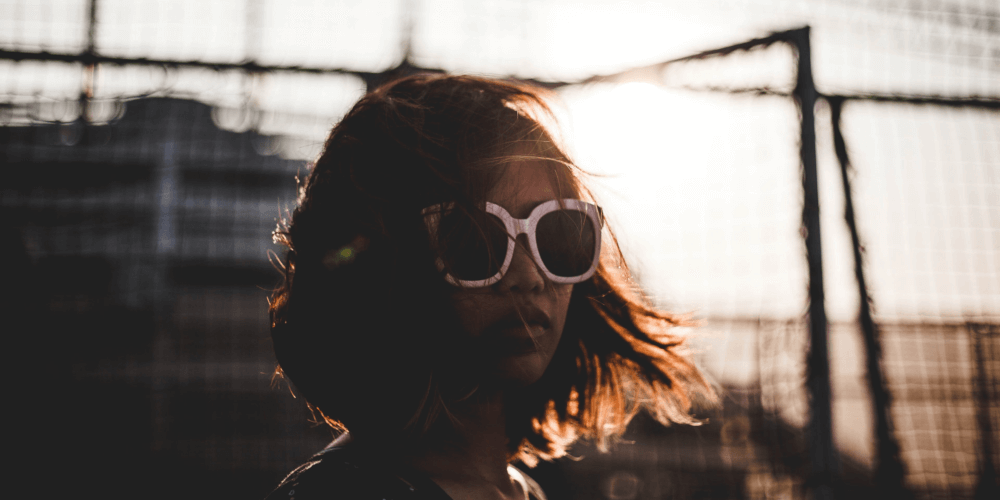 We kickstart our list with a celebrity that sings, acts, raps and hosts a TV show. With so many talents, we can only imagine that we’ll be seeing loads more of Awkwafina in the near future. 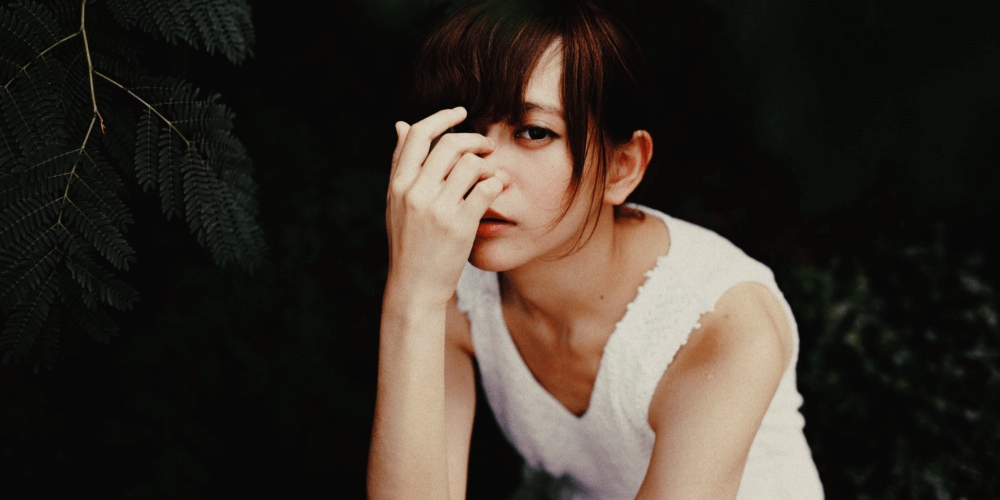 Claudia Kim is a South Korean actress who made it big when she starred in the Avengers film. It looks like Kim has a lot of upcoming roles, including one in a sequel of Fantastic Beasts. 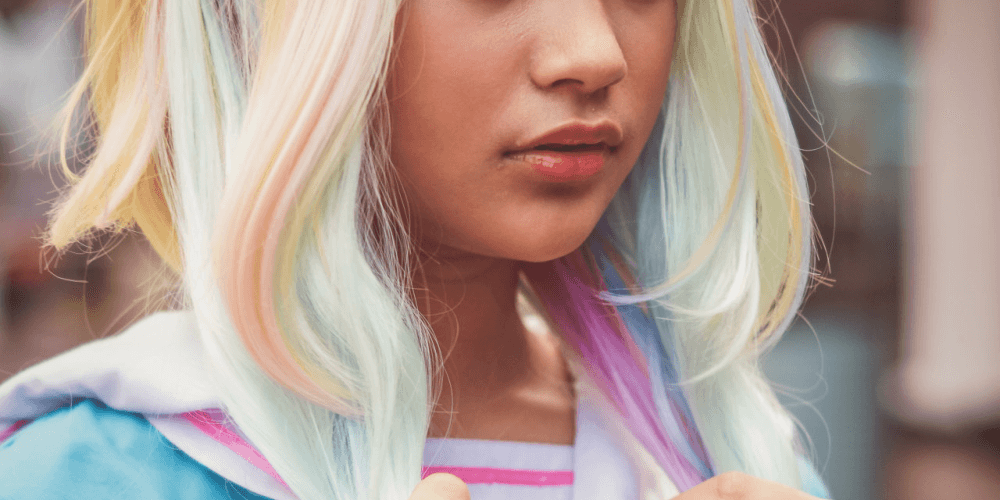 Last year Hayley Kiyoko released her debut album, making a switch from acting to music. This bright young star can be seen in CSI: Cyber, among other great works. 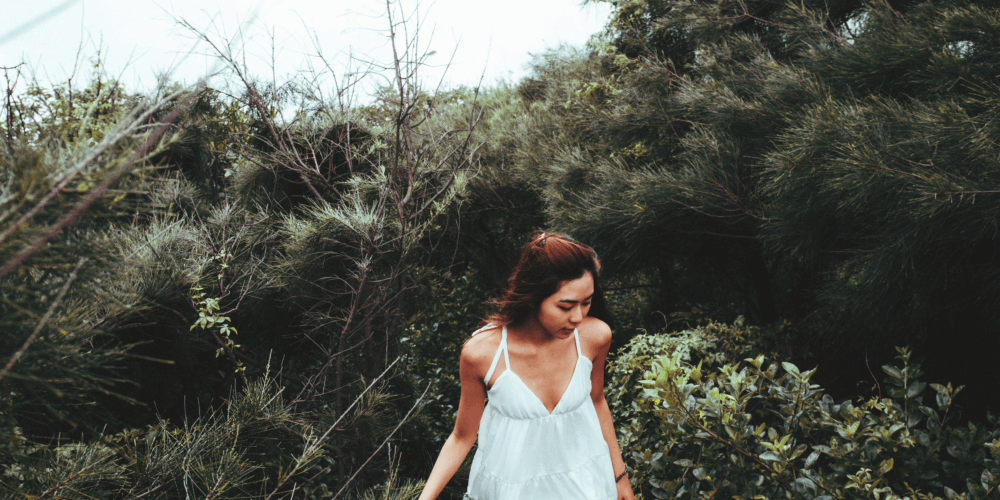 Ki Hong Lee is probably best known for his roles in Maze Runner and Unbreakable Kimmy Schmidt. This Korean-American actor has a promising career ahead of him. 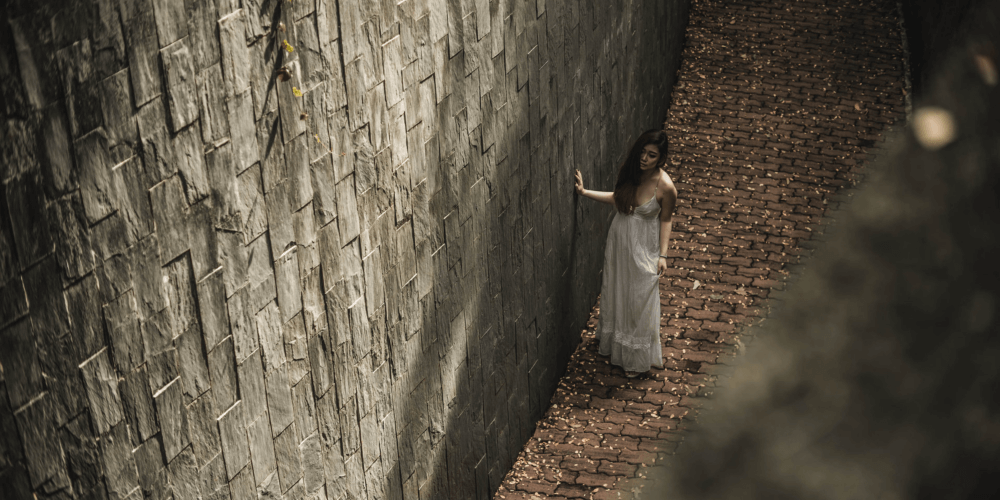 Who would be able to forget Dev Patel’s incredible performance in Slumdog Millionaire? Since then, we’ve seen him in The Last Airbender and Lion. We can’t wait to see where his career takes him! 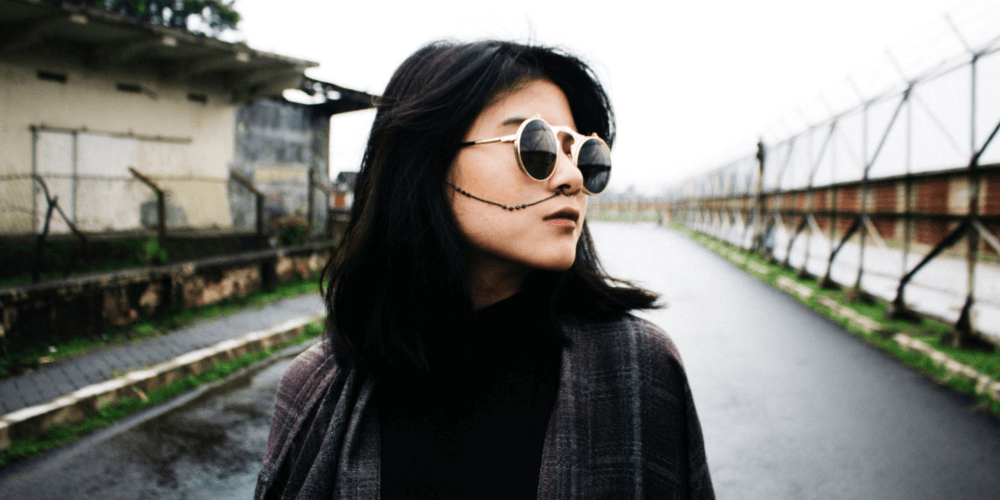 Freida Pinto is probably best known for her role in Slumdog Millionaire. Since then, she’s stared in plenty other blockbusters including Rise of the Planet of the Apes. 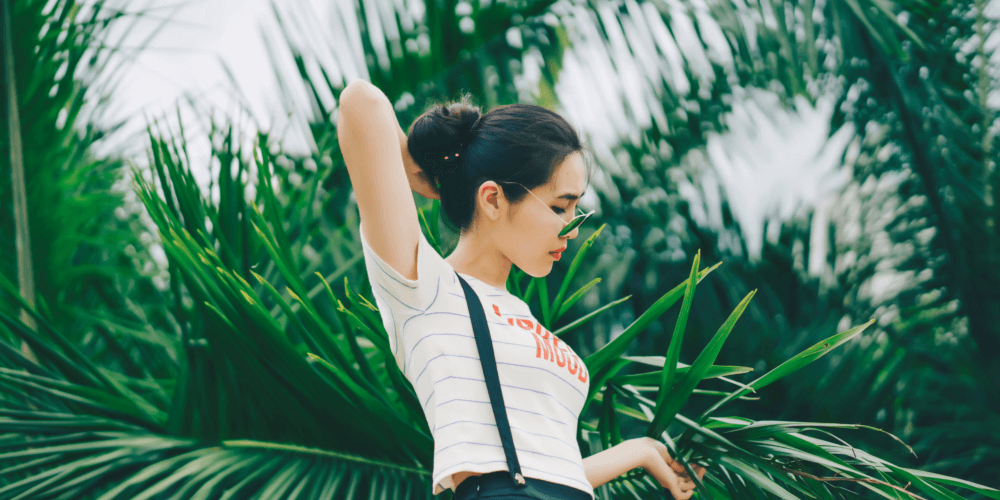 And finally, our list would be incomplete without mentioning the stunning Priyanka Chopra. Recently, she moved from Bollywood film to American shores to star in her own series.

We’ll be keeping a close eye on all these promising Asian celebs. We know they’ve got bright futures ahead, and we sure don’t want to miss out on any of their work!

VHS: 5 Fun Facts About the Forgotten Technology of the 70s

If you were born in the noughties, chances are you have never watched a VHS tape on a VCR before. For those of you who look back to movie nights and booking out VHS tapes, you are in for a treat. This post is sure to evoke nostalgia.

And for those of you who don’t know anything about VHS, you might just learn something new. In this post, we share some interesting facts about the VHS you probably never knew.

It Was Invented in Japan 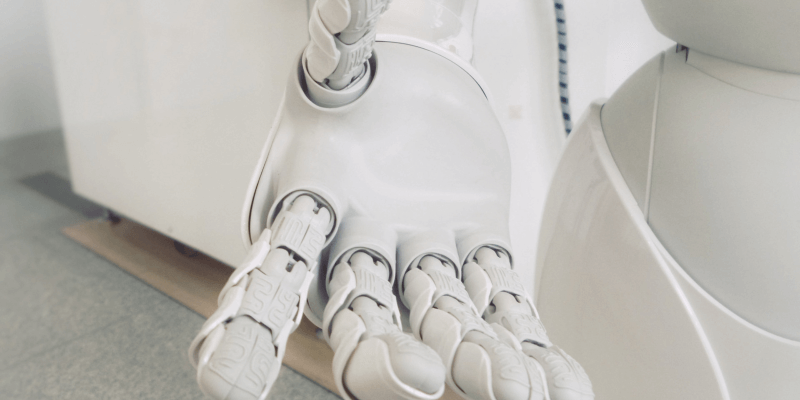 The very first VHS was introduced by JVC in the 1970s. It was instrumental in introducing the film to households and allowed consumers to purchase and watch their favourite movies at home. 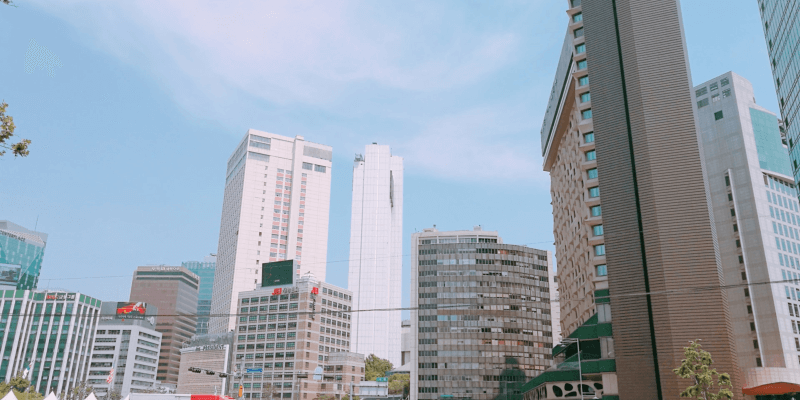 Even though the technology was developed in Japan, the first movie released on VHS was South Korean. It was a drama called The Young Teacher and proved to be a viable option for buying and selling movies. 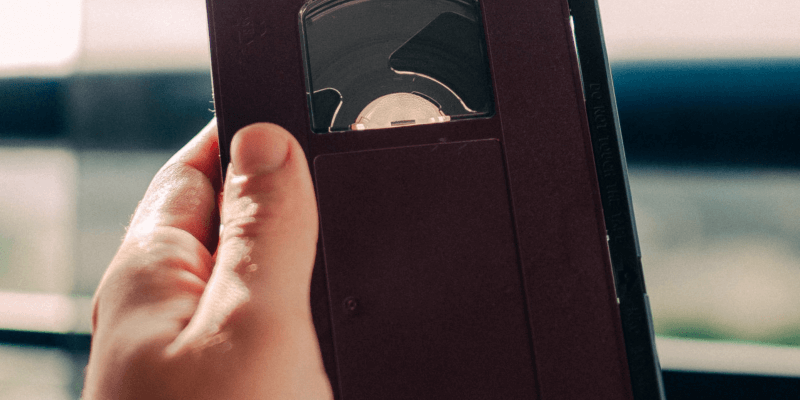 The use of VHS and VCR came to a halt in 2002, and in 2016 Funai Electric manufactured the last VCR device. The company is also situated in Japan, and the news of the last VCR made waves worldwide.

Yes, Americans celebrate National VCR Day on the 7th of June. Due to the fact that a lot of people loved the format so much, it was decided to dedicate an entire day to it.

The Best-Selling VHS Movie was The Lion King

Back in 1995, 32 million copies of the highly acclaimed Disney film were sold worldwide. This feat spiked the film’s revenue which resulted in $520 million made from VHS copies of The Lion King.

Even though we no longer have the frustration of renting a VHS and someone forgot to ‘be kind and rewind’, we sure enjoyed watching our favourite films on VHS.

5 of the Best Asian Actors Today

Have you ever wondered about the big names in Asian acting and entertainment? If you have, you’ll be happy to know that this is exactly what we will be talking about in this post. Let’s get started! 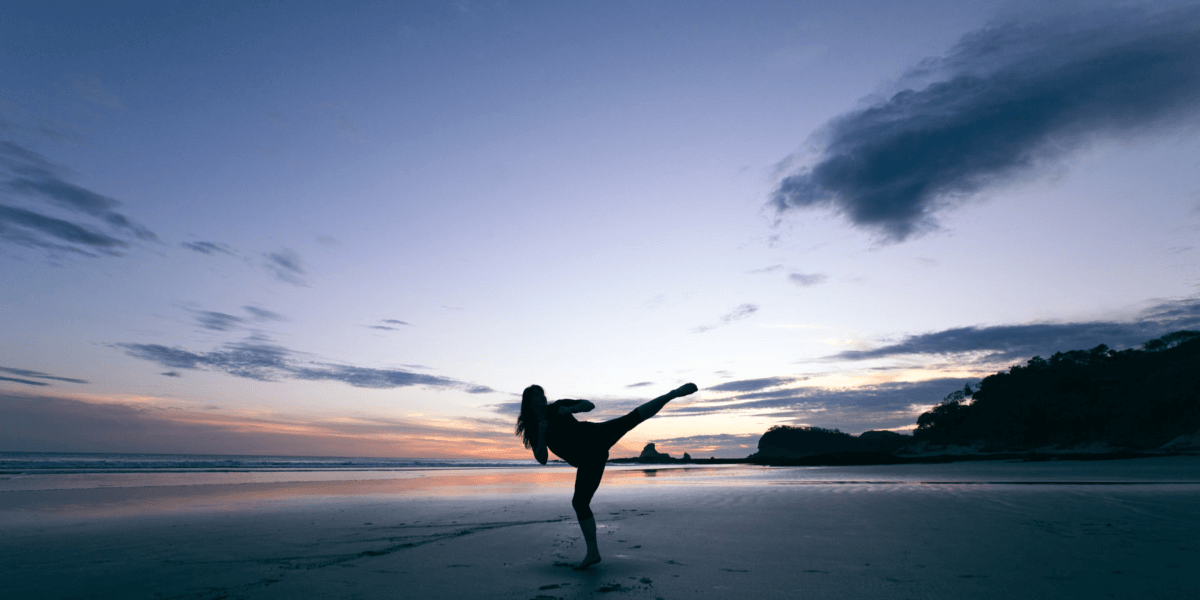 Better known for his role and fantastic acting skills in Kung Fu Hustle, Stephen Chow is so much more than just another pretty face. The actor, a big Bruce Lee fan, dreamt of becoming a successful actor since childhood. His dreams certainly came true! 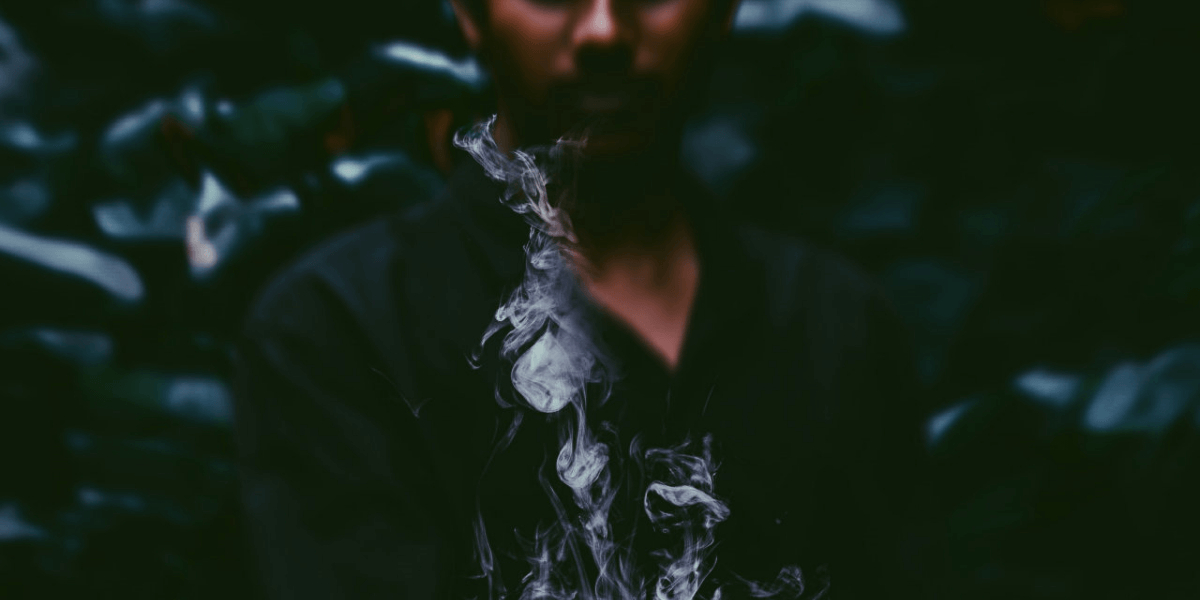 Irrfan Kahn was born in 1967 in Jaipur, India. Even though he stars in many Bollywood films, he also has a couple of Hollywood blockbusters under the belt. Some of the biggest films you can see him in include Jurassic World, and Slumdog Millionaire. 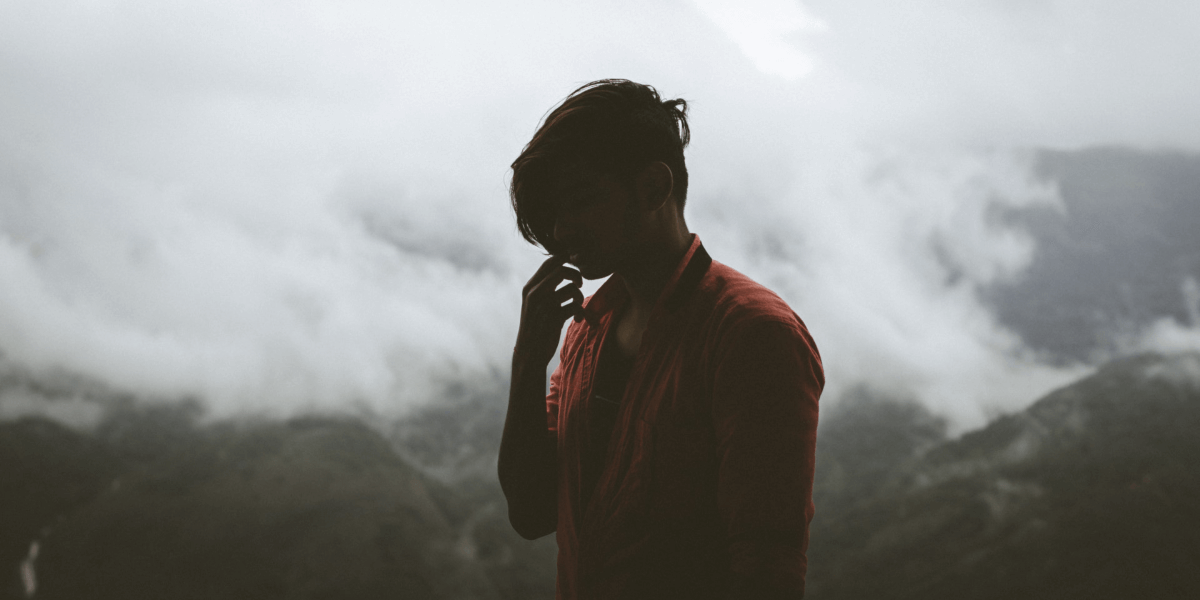 Born in India in 1965, Shah Rukh Khan is one of the biggest Bollywood stars. His acting career started in the late 80s when he starred in a couple of television series. It was in 1992 when Khan made his big break when he starred in critically acclaimed Deewana. 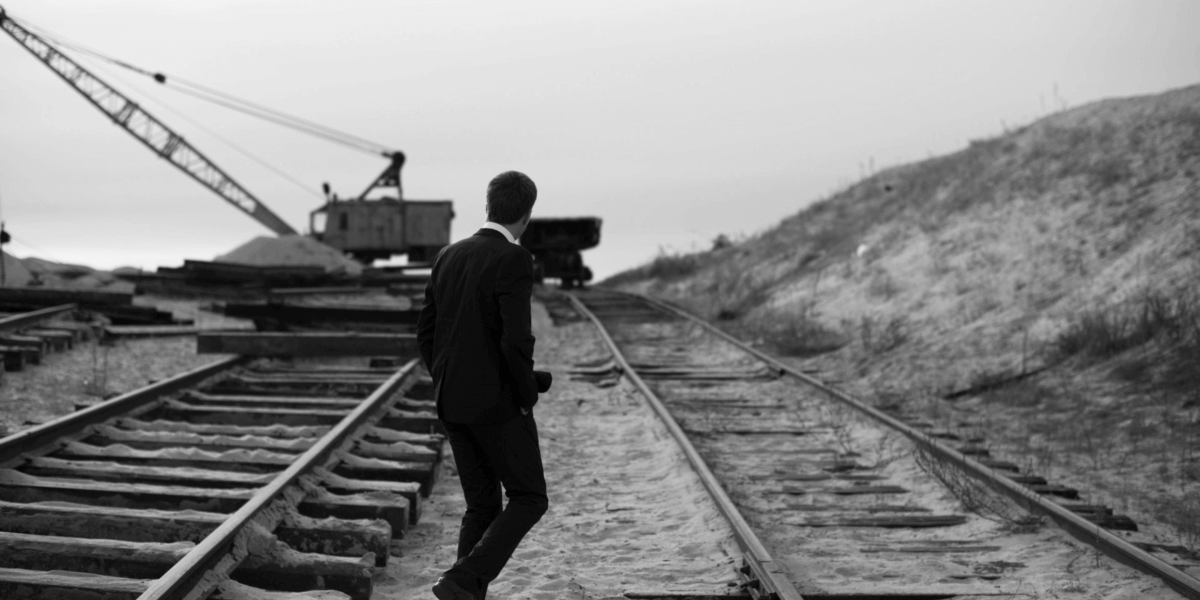 Mammootty was born in Chandiroor, India in 1951 and is considered to be one of the biggest and most influential Malayalam actors from India. His biggest years were during the 80s and 90s, and he’s also won several awards for his performances. 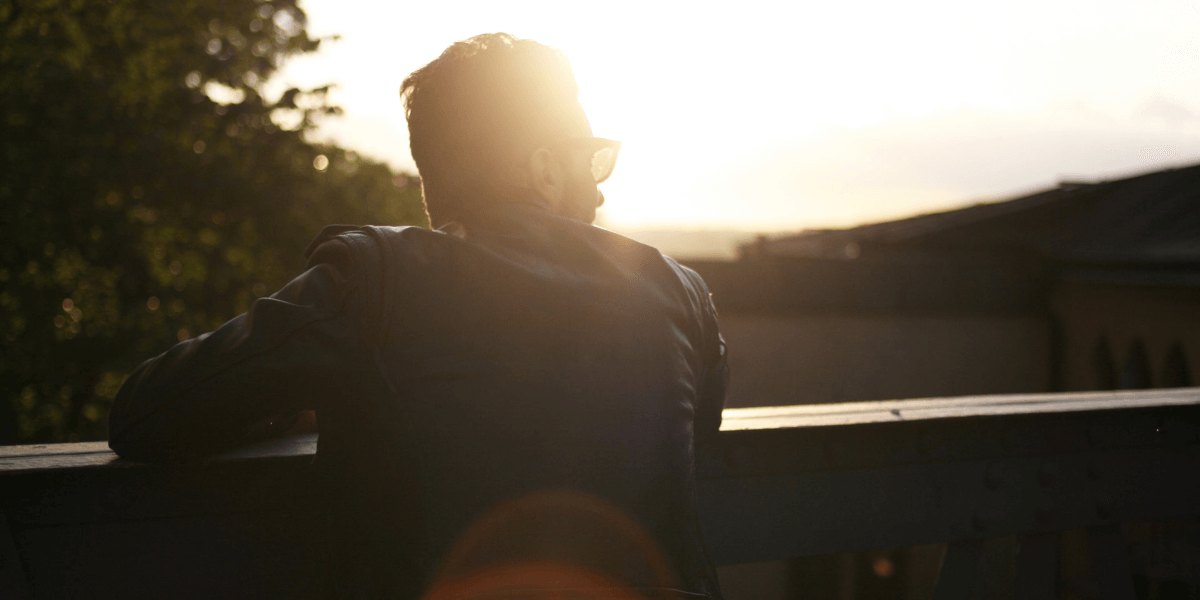 There you have it! All of these actors possess the skill and the talent to captivate and entertain audiences from around the world.

Asia has loads to offer in terms of entertainment. Whether you want to have a full-on cultural experience, or just want to get on in some of the sporting action, you are sure to find something to suit your preference.

In this article, we take a look at some of the most amazing entertainment you can find in Southeast Asia. 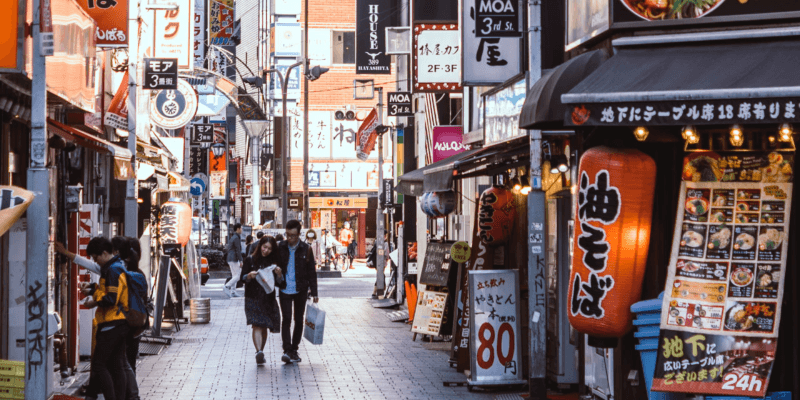 If you are in Siem Reap, you cannot miss a performance by Phare the Cambodian Circus. It has even been compared to the likes of Cirque du Soleil. Every performance is unique and has an underlying social message. The performance is also described as performance art. 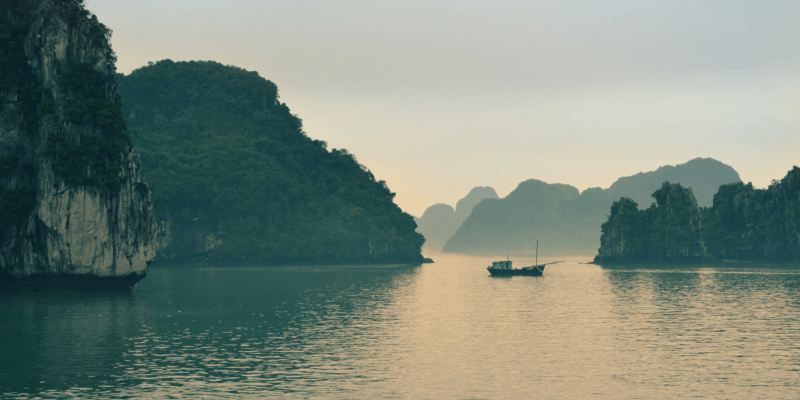 Java offers amazing entertainment in the form of ballet, theatrics and music. You’ll be able to watch the incredible story of Rama and Sita and be in awe of the skills and talent of the dancers, actors, and orchestra. This performance is undoubtedly a feast for the eyes! 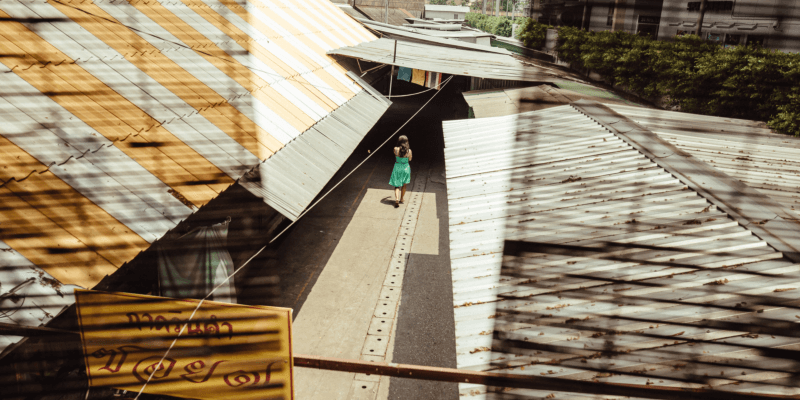 For those who prefer theatrics, Java offers another great option. The Sriwedari Theatre is located in a vacant lot, and visitors will be spoiled with a culturally rich show. It consists of traditional dances and of course a full orchestra, or gamelan as it is called. 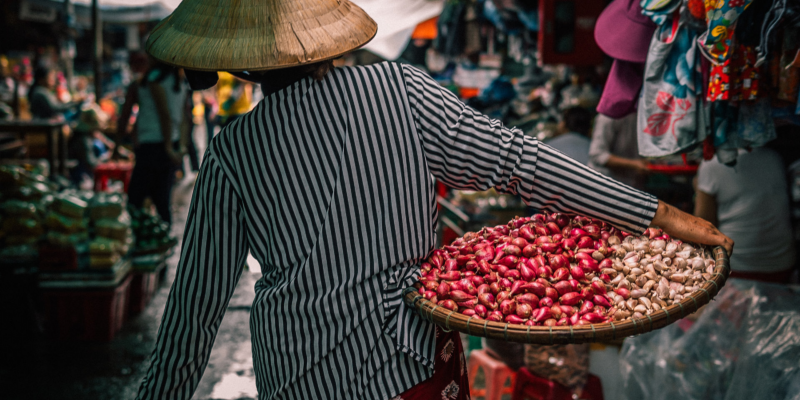 And finally, we have something for those looking for some action. The Rajadamnern Stadium is known as the place to go for a great Thai boxing match. The stadium is situated in Bangkok and is a go-to for many action-seekers and those who love Thai boxing.

If it is Asian entertainment you are after, you best stick to our list. These performances offer great entertainment while teaching guests about Asian culture.

In this article, we highlight some of the exciting upcoming PHP script events taking place in Asia in the near future. 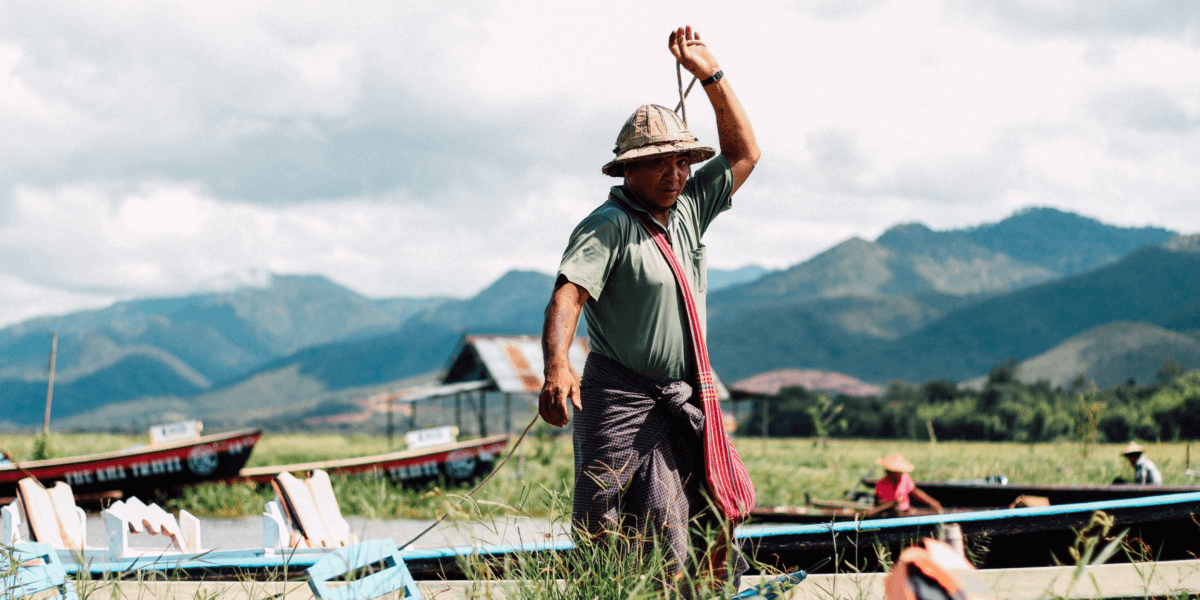 This year marks the 7th anniversary of the annual China PHP conference. You’ll be able to learn from some PHP experts and network during this conference that takes place over two days.

The focus areas of the conferences are PHP Engineering, PHP Core, AI and PHP High Performance. 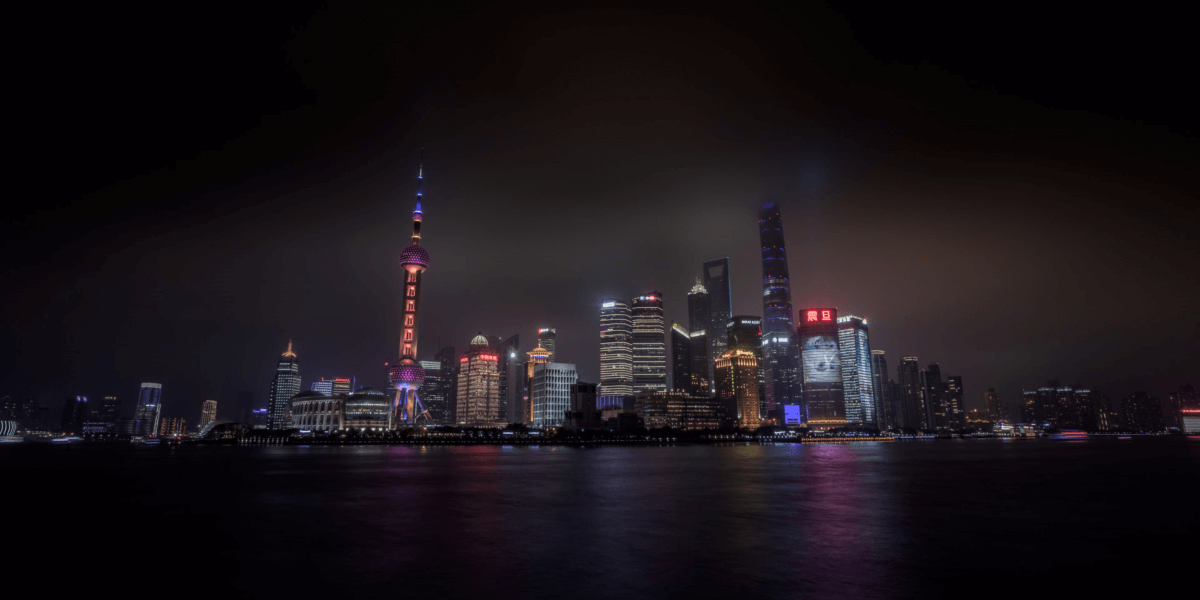 The LaravelConf welcomes all PHP enthusiasts to join this one-day conference. The conference will consist of 10 sessions where experts will discuss specific aspects of Laravel and PHP. 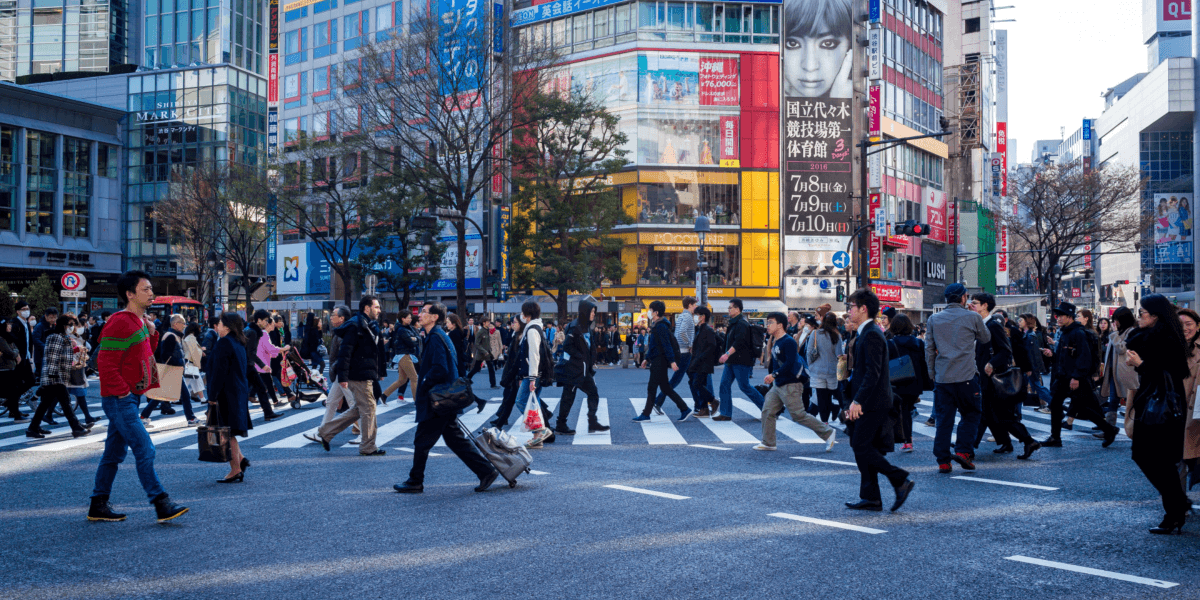 This popular conference is dedicated to CakePHP and is a must-attend for any PHP script developer or professional. The conference takes place over the course of four days and consists of workshops, presentations and talks.

It is the perfect event to attend whether you are a beginner or professional, as multiple aspects of CakePHP will be tackled. 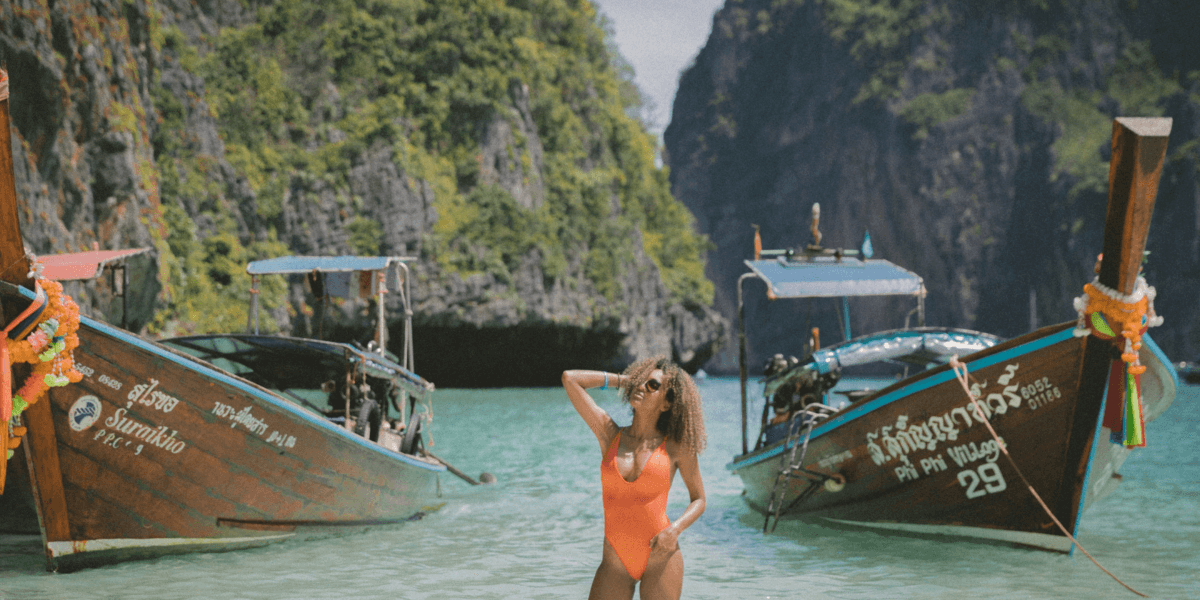 The annual pan-Asian PHP conference is expected to attract more than 200 PHP professionals this year. The conference consists of two days of talks and discussions and finishes off with a workshop day.

This year marks the fourth anniversary of this popular conference and promises to be great for those looking to learn and network.

If you are living in Asia and looking for some great PHP conferences to attend, the ones discussed here should do the job! These events are great networking opportunities for you to excel in your career as a PHP script developer.

Be sure to contact Mdream if you have any quest

Theme by Anders Norén — Up ↑